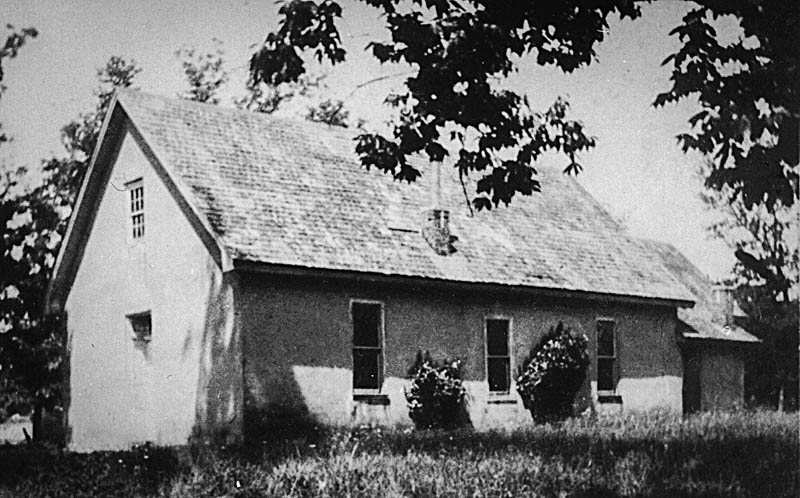 In the mid to late 1760’s John Welsh opened his tavern in western Baltimore County, Maryland; an area which had recently been considered ‘the frontier’. Populated now by several well to do farmers or planters, church services were held in their homes and occasionally by their Church of England pastor from the Garrison Forest Church, fifteen miles distant.

Conversations between Welsh, the tavern keeper and several of these farmers, led to the consideration of donating two acres of land, across from his tavern on the Liberty Road, on which to build “a Chapel of Ease for the residents of Delaware Hundred”. Delaware Hundred was a political subdivision which could muster 100 militiamen in the time of war or Indian attack. A Chapel of Ease was a “convenience church” served occasionally by local lay readers. Such a chapel was customarily surrounded by a burial ground.

The parent church for northern Maryland was St. Paul’s Parish and from it sprung all the parishes and congregations in the north central area of Maryland. In 1742, St. Thomas’ Garrison Forest was established for settlers from the Church of England to worship in what is today the north part of Baltimore City. This was a far way to travel for the people in the upper Delaware Hundred.  Two acres of ground were purchased from John Welsh by Abel Brown, Robert Tivis, Edward Dorsey and John Elder for £ 200 sterling. The desire of this group of farmers and merchants for a place to worship led to the establishment of Holy Trinity and its cornerstone was laid March 8, 1771, the last church built here in Maryland in colonial times. *

With the disruptions of the Revolutionary War, just five years after the Chapel of Ease was built, its Tory Pastor fled to England. The problem of concern over loyalty to England among clergy and members made the Church of England fall into disfavor. Between 1807-1815, the building was used largely by Baptists and the new Methodist society which was sweeping across Maryland like wildfire. It was even used for a school. By 1820 and empty of worshippers, a neighboring farmer kept his livestock, sheep and cows in the small stone building and it was allowed to fall into ruin. .

In the 1830’s a new wave of immigrants entered western Baltimore County, mostly from Baltimore City. Episcopalians among them found their ancient chapel with “the doors and windows and roof gone and the floor taken up to get at the rabbits that harbored there”. In 1843, a new spirit of dedication and enthusiasm prevailed; a new congregation was formed due to the benevolent work of the Warfield family. Mrs. Warfield was the daughter of Holy Trinity’s founder, Abel Brown, and she was distraught at the church’s condition. The chapel was repaired and rededicated with the new trendy name of Holy Trinity Church by Bishop Whittingham on October 31, 1843. *

Even after the establishment of St. Barnabas Church in Sykesville, the Warfield family liberally supplied funds to keep Holy Trinity in repair as well as beautifully decorating St. Barnabas with stained glass windows.

Services were continued at Holy Trinity until 1923 and St. Barnabas became the parish church by default.

In the next 20 years the building was again allowed to deteriorate and cattle were allowed to graze in the cemetery, toppling and breaking stones. The roof finally fell in and in 1943 the historic chapel was bulldozed and all but ¼ acre of the grounds sold and a residence built in 1964. Family members tried unsuccessfully to block the sale. Two families put up fences around family graves to protect them. Lambs once graced the graves of the children buried there. In 2014, one of those lambs was brought to Visitation. *

This was the state of the overgrown cemetery in 1990, when a retired Episcopal minister, Jim Purman, horrified at the condition of the cemetery began clearing it and uncovering stones. He began to get others interested in the project and in 1991 founded The Friends of Holy Trinity Cemetery.