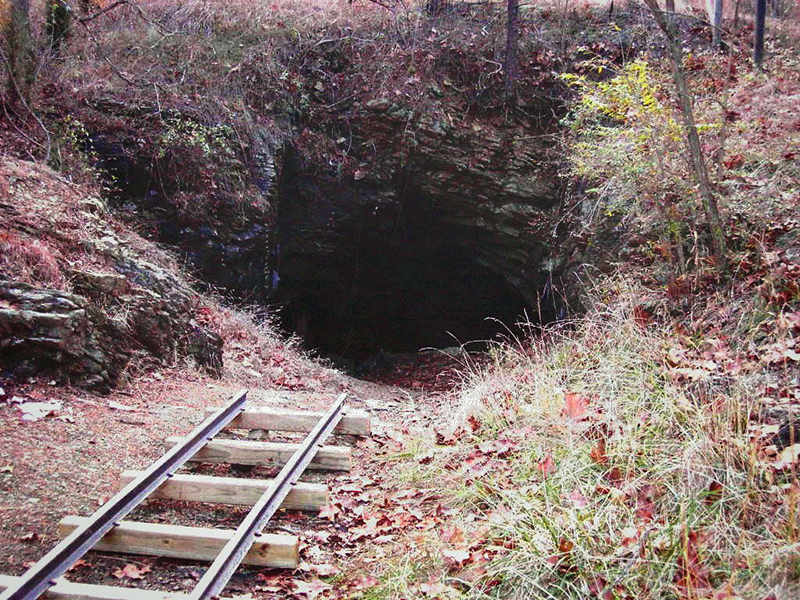 We don’t often think of the Piedmont Plateau area of Baltimore and Carroll County as being a mining center. Mining was, however an important part of the income of some of our Holy Trinity families. The substance mined by these was chromium ore and quartz, commonly called flint. Chromium is used in the manufacture of steel and paint. Quartz is used in pottery, glassware, and roofing manufacture, as well as an abrasive.

Around 1808, Isaac Tyson, a geologist and chemist, discovered chrome ore at his father’s summer estate at Bare Hills in Baltimore County. He developed the world’s first chromium mine there around 1808. Isaac Tyson’s father financed his mining ventures and he shipped chromium to Europe for use in paint manufacture.  Chromite was also discovered in the serpentine barrens of the Soldiers Delight area of Baltimore County around 1822. Tyson developed a near monopoly in chromite mining before 1850. But some small mines were operated by others and placer mining was done by farmers on their land in the slack seasons and sold to Tyson. Nearly all the world’s chromium ore produced between 1828-1850 came from Maryland until the mid 1800’s when discoveries were made in California and Asia Minor. The largest mines in the Soldiers Delight area of Baltimore County were the Ware/Weir and Harris mines on Ward’s Chapel Rd., and the Choate mine on Deer Park Rd.

Charles and Abigail Ware lived at their farm on Ward’s Chapel Rd. which they purchased in 1844. In the year 1860 Isaac Tyson, Jr. purchased a 20 acre parcel from Charles Ware to mine chromium.[1]This became known as the Weir mine. The Weir mine became the largest mine in Soldiers Delight.[2]The Harris mine was about 1/3 of a mile away and had the deepest shaft. In between they built a mill along the stream bank to concentrate the ore. [3]

The Choate mine was located about a mile southeast of the other two mines and operated between 1839 and 1880, as well as again during WW I. [4]Mary Elizabeth Choate was married to William Edward Fite, an uncle of the Fite sisters buried at Holy Trinity. Her grandfather was Edward Choate who owned property in Soldiers Delight and whose Baptist congregation met for a time at Holy Trinity.

John Henry Ruby operated a quarry on his farm north of Gaither.[7]He was the grandfather of Irving Eli Ruby, Jr. an infant buried at Holy Trinity.

In addition, John Fite Ware, the son of Charles Ware, operated a flint mill. The mill was on Oakland Rd. on the Baltimore County side of the Patapsco River on the fork of the North Branch. His wife, Ella, was the sister of John R. Richardson. They hired Henry Connery to make a wooden water wheel for the Mill. Later on it was replaced by an iron wheel. A neighbor remembered that local farmers took quartz rock to the Ware’s Mill to grind it for flint. Most of those who worked at the Mill ended up with flint lung disease from the rock dust.